OUT AND ABOUT WITH BUS CHAMPIONS IN OSCOTT 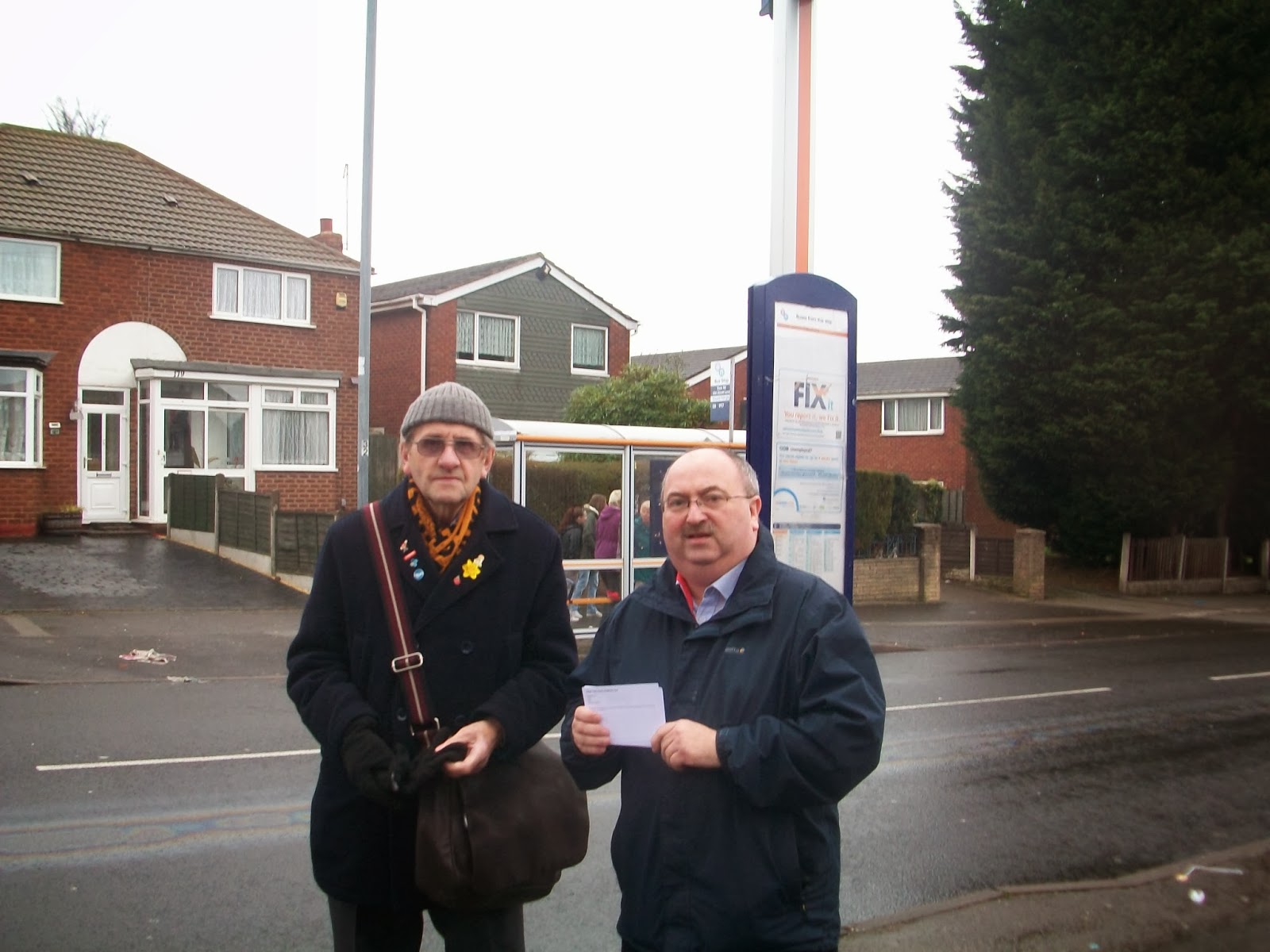 Amongst my many Centro duties I am the Councillor Bus Champion for the 997 route.
I met up yesterday with other  bus user champions from the area and had a look at some of the issues relating to the 997 and other bus routes in the area.
Clearly issues like the tail backs to town at peak times, the behaviour of some school children using the 997 and the 28 in particular are ongoing issues.
Other issues are buses parking at the Dyas road terminus with their engine running. The amount of 28 buses following each other and parking up together at the same terminus making other buses have to drop off and pick up further down the road. There are issues with Road works going towards Aldridge. Pinch points in Shady Lane where cars double park and buses struggle to get through and flooding at the Boars Head junction.
These are not easy problems to deal with but will be reported.
On the positive side the 997 and 28 buses seem to reasonable clean and tidy with less graffiti and with the exception of some mornings around 9am clock seem to be reasonable punctual. Drivers by and large appear to be polite and helpful 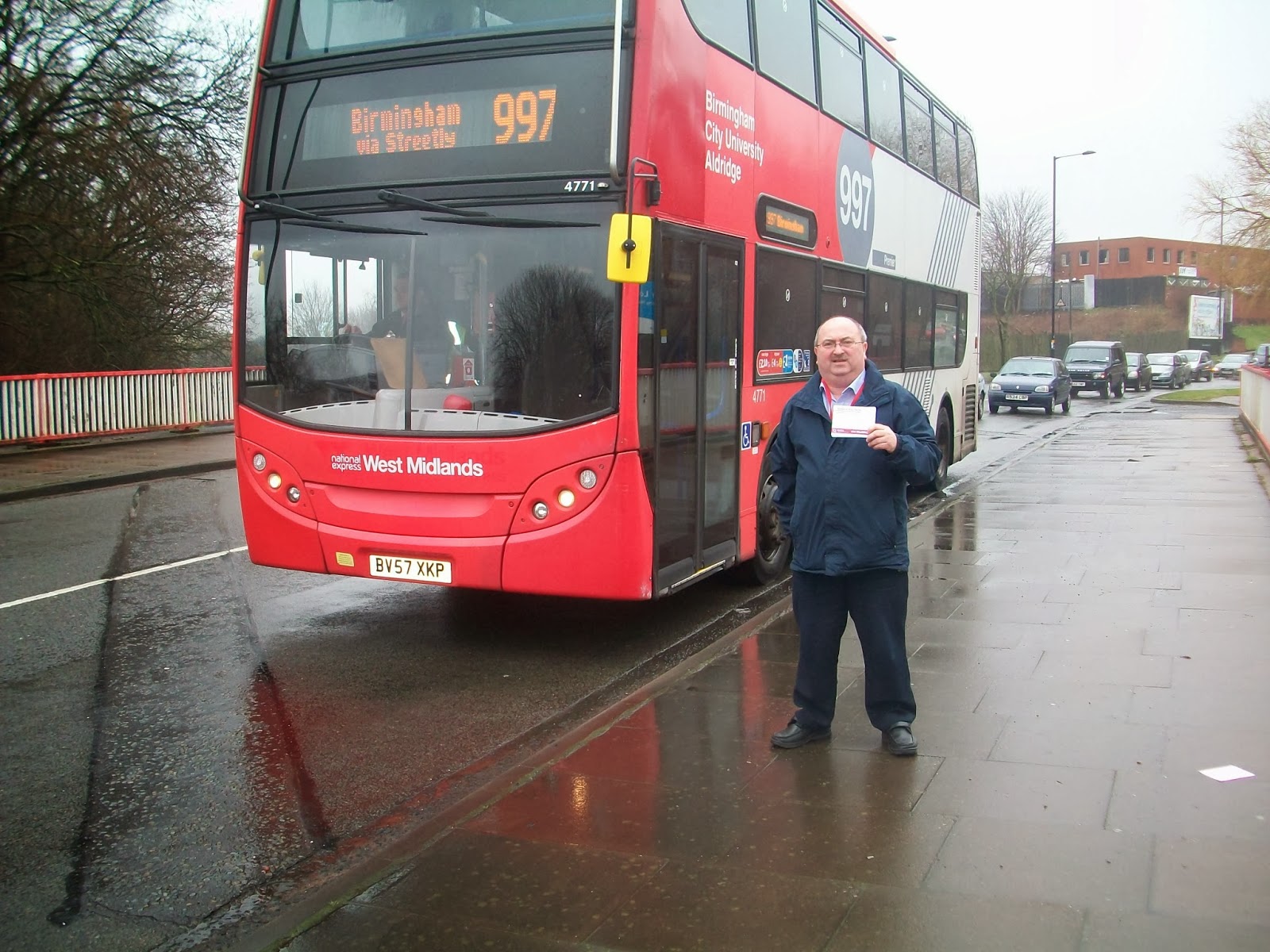 Bus champions are volunteers who use buses (using their own money or passes) and reporting any issues of concern they see on the buses or in bus shelters to Centro in the form of surveys. They help communications between Bus users, Centro and bus companies to improve.
Bus Champions meet up with Centro from time to time to discus Transport issues, they may also be asked to attend a visit to a bus garage or a conference.

If you care about improving bus services and would like to know more about being a bus champion please email me on Keith.Linnecor@birmingham.gov.uk
Posted by Keith Linnecor at 08:35