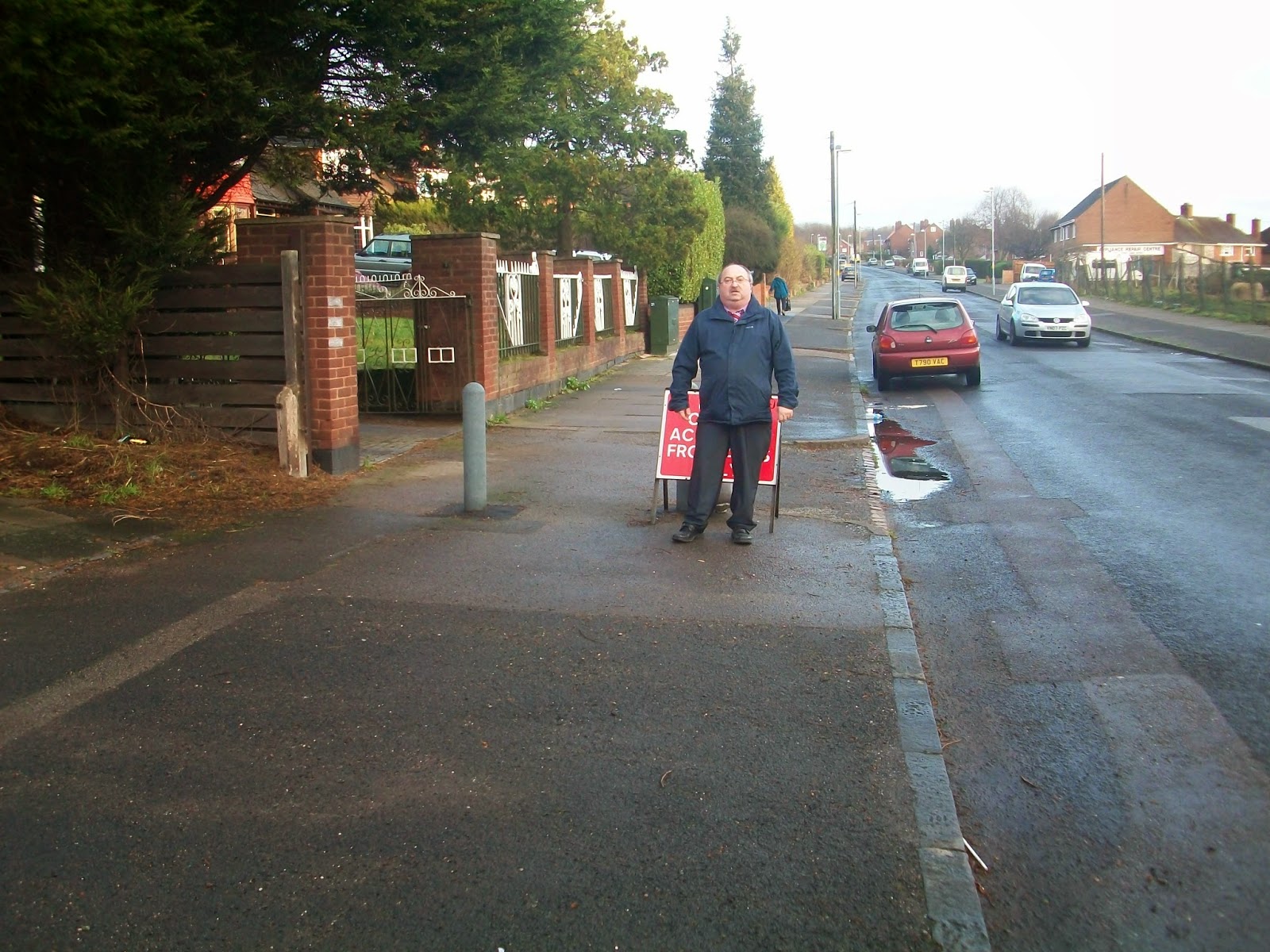 Following my handing in a petition on behalf of local residents (organised by the Oscott Residents Association and the Oscott Elderly Residents group) earlier this year calling for the mobile polling station to be returned to Booths Lane for the Local and general election next year the Election Commission have decided to return the Polling station.
This means for the 2015 Local and General Elections residents in the Booths Lane/ Bowman Road area will not have to traipse around to the Beeches Baptist church to vote.
Both my ward colleagues Councillor Barbara Dring and Councillor Tristan Chatfield also sent in representation asking for the return of this polling station which was last used a few years ago.
It has however been made clear that it must be removed ASAP after the election.

I am please that this decision has been made as I am only to aware due to the new development on Booths Lane the private road has had to remain closed longer than expected which means it would have been difficult for many to go to a polling station to vote.
Posted by Keith Linnecor at 04:56