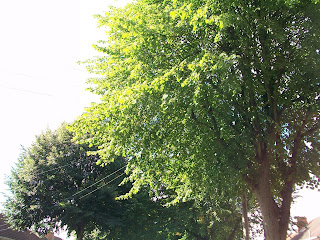 I am still trying to convince the Birmingham Council and Amey Highways  that a fresh look is needed in the way tree pruning and replacement is being done.

Many more of our streets over grown large trees need to be steadily replaced with other more suitable species.

There needs to be a plan to see a canopy of trees accross the city made up of trees of different types and stages of growth.

I am sure 70 years ago when many of the now over grown elderly trees were planted they did not expect those same trees to be here now.

There needs to be more out of the box thinking to deal with the problem. Those of us who welcome seeing tree lined streets need to keep up the pressure for change.

Replacing overgrown trees will be cost effective in the long run, issues like leaves blocking drains, large branches falling on people and cars, safety issues, the cost of repairing pavement due to excessive tree root problems, all lead to complaints which need answering.

There are also issues regarding residents not been able to enjoy the health  benefits of sun light in their gardens and feeling insecure when walking in the street due to over shadowing street trees.

Turning residents who mainly like having street trees against them due lack of action is not the answer.

As part of this effort and with the Help of my ward Councillor Colleagues I am asking that yet again Amey Highways be requested to come along and meet Oscott residents to discuss trees at the next ward public meeting date to be confirmed in October.

There have been some further pruning  and extra trees removed in the Oscott area this year but not enough.

I will continue to press all concerned ( Khalid Mahmood MP has said he would take the issue of tree pruning national standard to the relevant Government department in London) Also If the New Government was to take the issue seriously and give back  some of the funding they have taken away from councils  like Birmingham it would help the situation.