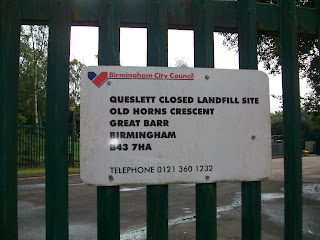 During the weekend of the 21st/ 22nd  some people made a forced entry onto the Queslett Land fill site. They had attempted to cut off the high security lock on the gate to the rear of the site on Booths Lane. This failed due to the integrity of the locks  used. 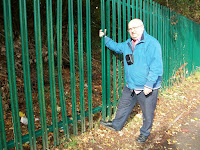 After this failed attempt they went into Queslett Nature Reserve and cut though our fencing  and got onto site. Luckily there is no damage on but I  can only think they wanted to get on site with dogs to chase down the foxes and new born cubs which has happened many times in the past.  The disturbance to the wild life is completely un- welcome there are for instance protected Sky Larks on the site.
What is very worrying is their determination to get on site and the tools they must have brought with them to do this. The site security team  still continue to get bolts removed along the whole perimeter of the fence line during the summer months which is a worry but this particular incident is of great concern.


This site is a dangerous site in as much as there is methane control pipes and units on it and those damaging the site while on it could cause dangerous repercussions to the local community. I would ask that all residents in the area and those using the Queslett Nature Reserve keep their eyes open and report urgently to the Police anyone trying to break into the land fill site. These people must be stopped. I will be requesting the Police and the Local Council do all they can to prevent these break ins. 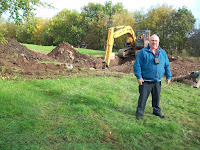 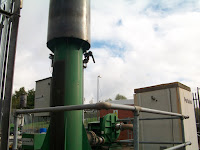