WHAT HAPPENDED TO OUR CONCRETE CARRIAGE WAY REPAIRS? 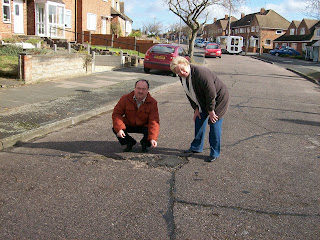 Residents keep asking me what has happened to the improvements to the concrete carriage ways and traffic calming measures, they feel they were promised last May in various letters. These letters came from a Cabinet member for Transportation and his local representative just before the last local elections.
The short answer to this is not much but what did you really expect from such blatantly opportunist correspondence?
For many years my colleagues and I have been trying to persuade the Council to look into the situation regarding the state of such roads as Dunedin, Southgate,Templeton and many others, to no avail. As is traditionally now the case, interest in such issues appears like magic in some political material wishing to gain a cheap political advantage just before elections, but luckily residents soon see through this. 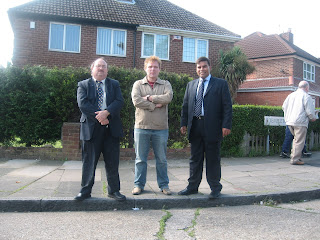 You may be assured I will continue this battle all year round and however long it takes. I will make no other promises unlike some, other than to do my best on behalf of the residents who use these roads to get something done.

WELOME TO MY NEW BLOG

Hello and welcome to my new blog in which I hope to keep you informed of what I am up to, in the way of representing the residents of Oscott.
There will also be items regarding the activities of the Friends of the Queslett Nature Reserve, which I have the honour, to be Chairman of.
Posted by Keith Linnecor at 15:43 No comments: