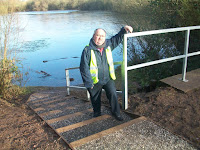 On the rare occasions when we have hot weather it may be tempting to go into open water. In the case of the Questlett Nature Reserve Lake do not be.
This water is not treated and may cause stomach bugs or skin infections.It is also not safe to swim in. The water could be dangerous so keep well away from it and do not let dogs enter it either.
Be safe be careful and leave well alone.
Posted by Keith Linnecor at 18:44 No comments:

Work to demolish the old College out building to help create an extra 74 car spaces on the college site is now well underway.
I know from speaking to local residents the work cannot be done fast enough. Everyone  really does hope these extra car spaces will make a big difference to the limited street parking in streets nearby.
The creation of extra college car spaces is certainly something I have been pushing for for years. 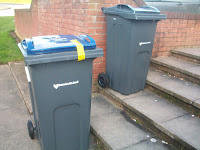 A number of residents have contacted me to inform me their recycling Wheelie bin has not been emptied this week.

It would appear there have been some problems during this first week of picking up and emptying Recycling Wheelie bins clearly this is not good enough, I have however I have been assured a number of lessons have been learnt and I have been asked to pass on an apology for any inconvenience.
Posted by Keith Linnecor at 06:48 No comments:

There will be a joint Perry Barr MP (Khalid Mahmood) and Oscott Councillor (Tristan Chatfield) advice surgery tomorrow (Sat) at the 610 Community Centre (10.30am) 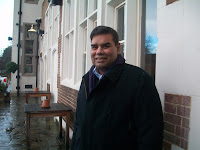 Posted by Keith Linnecor at 09:52 No comments:

The Oscott Elderly Residents Group enjoyed a great day out at the Botanical Gardens yesterday.

The weather was good and there tour of the gardens was enjoyed by all who went. Sadly I was unable due to prior commitments able to go as a volunteer but I am sure I was not missed. 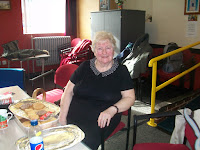 Maureen Byrne Chair of the OERG told me it is a lovely place interesting but peaceful at the same time.

The OREG hold regular meeting where they have a good get together for fun , company and entertainment, every third Wednesday in the month at the 610 Community Centre.
(11.15am ) Kingstanding Road.
Light refreshments are available at a small cost.

They also attend advise sessions with  Oscott Residents Association and from time to time the Oscott Neighbouhood Police Initiative group leaders on the first Saturday in the month at the 610 Community Centre at 10.30am.

For further information please ring 675 2349
Posted by Keith Linnecor at 08:17 No comments: 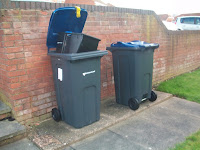 As may have been expected during the first week in Oscott where the Wheelie Bin collection has started there have been a few problems.
In some roads the wrong information leaflet packs was given out leading to bins being put out on the wrong day.
In some cases bins have not bin collected and in others promised assistance has not been given.

Clearly none of this is good enough but in the cases I have been aware of and where I have informed the department mistakes, have been for the most part put right or should be for next week.
Over all in the vast majority of cases the service worked well enough it would seem, even with the unusually high winds we have had.

Clearly there will always be some residents who do not like wheelie bins (there are many who do) but most seem satisfied to try and get used to them and many of the horror stories predicted have not come to fruition.
For those who are really struggling with them there will be an opportunity to inform the Salvage department after a few weeks and giving them a reasonable try, to ask for another look at the situation.

If you still have genuine concerns in July send me an email and I will support your request for a review of the situation where possible.


Posted by Keith Linnecor at 04:27 No comments:

THE BATTLE FOR BETTER TREE PRUNING IN OSCOTT GOES ON 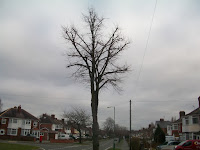 Sadly I have now received confirmation that some of the petitions I have handed in for Oscott residents calling for trees in various Road to be pruned more vigorously and in some cases replaced with more suitable varieties have been rejected.
With this in mind I am calling on the authorities to re look at the various policies involved as they need to be changed. I have also asked our MP to look into the issue nationally.

I have always indicated getting better tree pruning in Oscott would not be easy and could take some time but I am willing and will to continue the battle.

If you want to continue the battle and want to help in my campaign to get the trees in Oscott pruned better (trees can be see picture above) please email me.

A Public meeting on the subject is being arranged for later in the summer.
Posted by Keith Linnecor at 13:43 No comments:

I attended the Housing Estates Management walk about today in Bowman and Caddick Road.
It was good to see residents took the time to take part along with Council Housing officers.
A number of issues were raised and will be looked at including fly tipping, flooding, when will Booths Lane be completed, trees needing replacement or pruning and speeding vehicles.
Posted by Keith Linnecor at 12:25 No comments: 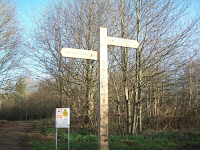 Along with NPI members I carried out a mini litter pick on the Queslett Nature Reserve.
we were also looking for signs of vandalism or anti social behaviour)
I was pleased to see the litter bins and signs are all still in place and the site was already generally tidy. However it is important that dog owners bag and bin their dogs mess.
What a difference regular litter picks make to the reserve.
The next full FQNR activity day is due to take place in July  date T.B.A
Posted by Keith Linnecor at 12:17 No comments:

Following today windy weather in a number of locations in Oscott Old Oscott Lane and Warren hill Road for example a number of large branches have fallen from overgrown street trees narrowly missing residents and cars.
Once again I am calling on Amey to prune overgrown trees more vigorously and in some instances replace these old large trees with more suitable ones.
Like a number of residents I an very concerned what may happen should we have a full on storm when we have so many trees in Oscott which need to be pruned much more.


Posted by Keith Linnecor at 16:14 No comments: