However if you have a concern you would like my to deal with please use my Email. Keith.Linnecor@Birmingham.uk. I make no promises  but will try and help if I can.
Posted by Keith Linnecor at 07:37 No comments:

Khalid Mahmood MP for Perry Barr has asked me to remind residents that his next Oscott Surgery will be on Saturday 2nd July
. The time will be 10.30am and the venue will be the 610 Community Centre.
Posted by Keith Linnecor at 20:40 No comments:

ALDI HAVE PUT IN THEIR OLD HORNS CRESCENT PLANNING APPLICATION

Aldi have now officially put in a planning application for land next to the Old Horns crescent.
The application number is 2016/0479/PA

The dead line for you to send in your comments to the Planning department is July 7th.

Posted by Keith Linnecor at 15:36 No comments: 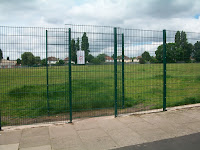 The Stowell Road entrance has been left open 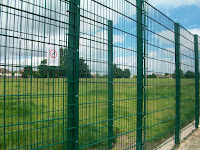 The Burford Road entrance has been sealed for the moment

The Burford Road entrance to the Burford Road playing field has been sealed off due to pressure from some local residents. There have been a number of complaints regarding some  abusive parents of some of the children using the site for organized football sessions ( but usually full scale none organized training sessions). There have also been a lot of  complaints regarding anti social parking.
The Police have limited numbers of officers to deal with parking issues of this nature.

However all three Oscott Councillors have insisted the Stowell Road entrance be left open for the use of those wishing to use the field.

The Burford Road entrance should go through a period of assessment to see what effect the closure have. It may be reopened in the future.?

The Kingstanding Entrance is opened during times when the field is being paid for by clubs using the site. Parents are urged to park at that entrance.

There is a petition going around requesting that the field is kept open for the public in the future and I am more than happy to FULLY  support this.

Rumours that the site will be closed are not currently on the agenda and should this ever be considered I would fight the proposal tooth and nail.

What is  being considered should funding become available is having a small section of the field sealed off for school children to use or better still,  Councillor Barbara Dring (with the support of Councillor Chatfield and myself ) is working hard despite difficult legal implications for a village green status to be given to the site.

This site is the only green area for some distance and it is badly needed by local residents. I would ask all who use it to respect others and take litter and dog mess home with them.

Posted by Keith Linnecor at 15:36 No comments:

THE REFERENDUM AND LOCAL ISSUES

The Euro Referendum is now decided. The people have had their say.

There should now be no gloating or despair and all residents should pull together for the sake of the country and get on with what ever comes our way.

I also hope that the residents of Oscott and Birmingham will take more notice of what is happening to local government.
The huge cuts in funding to Local Councils by the government, the attempts to destroy local accountability by their Boundary Commission's proposed boundary changes and so on.

I hope residents who took such a justified interest in the Euro Referendum will transfer some of that interest to local issues.

I also hope we Councillors will take more note of the views of residents ( and that applies to MPs as well).

I cannot promise Oscott residents the earth but I will continue to listen ( perhaps not always agree) and to do what I can to try and help with local issues and concerns.
Things are going to continue to be tough and we will see more cuts, but we must do what we can to mitigate the worst of their effects.

I would  like to thank all those who voted in the referendum which ever way that may have been.

I would welcome any support any Oscott residents may wish to give me to try and make things better in Oscott.

If you have any issues or concerns you think I may be able to help you please email me Keith.Linnecor@Birmingham.gov.gov. and I will do what I can to try and help.
Posted by Keith Linnecor at 11:03 No comments:

AMEY NEED TO BE MORE FLEXIBLE

I find it very sad that Amey Highways cannot be more flexible when it comes to their street lighting upgrading plans.
Their  attitude which appears to be we do not consult with residents or Councillors, due to the fact no resident wants a lamppost near their home cannot be right. Clearly they cannot please everyone but they need to make more effort in my view.

I understand they are bound by standards which are of a national nature but in these days of so called devolution where more decisions are to be made at  a more local level and more consultation should take place these, their views do not make much sense.

I am currently battling  with Amey Highways regarding lighting issues in a couple of locations where moving a lamppost would ease problems for local residents and no one would object.

However this whole subject needs a review at a much higher level.

Posted by Keith Linnecor at 11:51 No comments:

If you are an Oscott resident please note if you would like me to try and deal with a problem for you please leave me a message on 303 2039 or email me. I do note take cases of Face Book, twitter or this blog.

Please leave your full contact details
Posted by Keith Linnecor at 14:12 No comments: 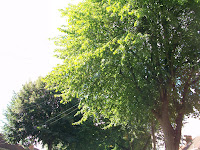 Oscott residents will get another chance to speak to Amey Highways about their concerns regarding tree pruning or replacement on July 7th. There will be a ward committee meeting Chaired by Councillor Dring and I have asked that Amey Highways come along to listen to Oscott residents about trees and other matters.
Please come along and have your say the battle for better tree pruning and a sensible tree replacement program goes on.
Posted by Keith Linnecor at 15:38 No comments:

The Housing department are trying to re introduce the Oscott Housing Liaison Board.
This is where tenants leaseholders and owner occupiers get together to discuss issues of importance in the area.
This group of which the majority should be tenants look into things like Housing repairs, empty properties, rents, environmental issues road repairs and so on.
They met in the local area and transport can be provided if needed. You local Councillors also attend these meeting to help with various issues, 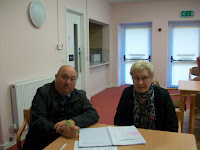