WHAT WOULD BECOME A 20MPH ROAD


On main distributor roads, and certain secondary distributor roads, the council would intend to propose to keep the speed limit at 30 mph, unless local circumstances justify changing the speed limit to 20 mph.
These include in the Oscott area most of the roads where traffic has to pass through.
Smaller C grade Roads and unclassified Road would be subject to the consultation period which is now taking place become 20MPH.

Posted by Keith Linnecor at 11:47 No comments:

PERSIMMONS SAY BOOTHS LANE WILL RE OPEN END OF FEBRUARY

At the Oscott Ward Committee ( Councillors Barbara Dring, Tristan Chatfield and myself )tonight a senior director representing Persimmons the developer who took over the Booths lane development from Cameron Homes, agreed that the Booths Lane should be ready for reopening by the end of February next year..
I did warn him however that he needs to make care when giving and exact time as who knows what problems the weather may bring.
This is certainly good news for the patient residents living in the Booths Lane area who have had to put up with a lot of inconvenience since the road was closed.
Posted by Keith Linnecor at 21:48 No comments: 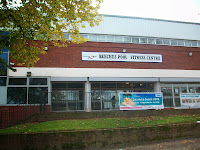 Following intense negotiations regarding the Beeches Pool between the Perry Barr District Councillors and the leader of the Birmingham City Council I am pleased to announce that the pool will stay as it is until April 2015 when it will go out to contract with an aim to improve the facility.

This shows when Councillors from different parties  put politics to one side and work with local residents it can result in success and I welcome the efforts made on all sides to try and resolve this matter.
I would also call on the community to play their part and use this pool as much as possible.

Posted by Keith Linnecor at 19:12 No comments:

PUT A STOP TO GRAFFITI IN OSCOTT

Graffiti seems to be on the increase again in Oscott especially in the Burford Road Tysoe Road area.
I have asked the Police to look into this and to try and catch the perpetrators.
If you are aware of any one doing this please contact the Police and let them know.
Much of the graffiti can in no way be classed as artistic and simply makes the area unpleasant.

I have also asked the Council to do what they can to remove the graffiti from around the area.
If you are aware of any unsightly graffiti in the Oscott area let me know and I will do what I can to have it dealt with.
Em Keith.Linnecor@birmingham.gov.uk

Posted by Keith Linnecor at 17:53 No comments:

It was with great sadness I learnt of the passing of Pauline Cooke today.
Pauline helped run the Old Oscott Community Centre for many years with her husband Bert and was a great help to many people in the area.

Pauline was a lovely caring person well loved by those who knew her.
Pauline had been a little frail for some time now now but she still wanted to know about the area she cared about.

Pauline along with her late husband Bert was until a few years ago was an active member (as one of the founder members) of the Barr and Aston Local History Society and in her earlier days helped and supported Bert who bred Mice for show. Pauline was also very good at embroidery and enjoyed art.

Pauline and Bert were also founder members of the Queslett Nature Reserve and although ill heath prevented Pauline from taking part in physical activities on the reserve she always wanted to know what was going on there. Pauline was also a member of a number of Oscott residents groups and cared very much about the Oscott area.

Pauline also helped me throughout a time of my own great personal sadness and grief some years ago and I will never forget the help and kindness  she and her beloved husband Bert gave me.
I will always remember Pauline

My deepest sympathy goes out to Pauline's family Louisa and Brian
Posted by Keith Linnecor at 14:45 No comments:

SOUP KITCHEN IN OSCOTT AT THE 610 COMMUNITY CENTRE 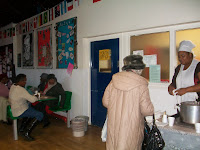 Sadly given the state of the times the Seventh Day Adventist's (610 Community Centre) appear to be getting more and more residents coming along for a free cup of hot soup every Wednesday 12noon to 1pm. at the 610 Community Centre, Kingstanding Road.
It is a sad state of affairs when groups such as this have to help out in such a way. I know from meeting those who use the service that they are very grateful. It certainly does appear that government cuts and changes in benefit's is making a difference!


If you would like a free cup of soup pop along see the times above and if you can afford a small donation so much the better.

I would like to thank all those Seventh Day Adventists who volunteer their services.

COOKSEY LANE PAVEMENTS TO BE REPAIRED NEXT YEAR


Following my handing in a petition from Cooksey Lane residents collected by Mrs. Berry, other local residents and myself, I have been informed  subject to the Cabinet Member’s approval, to the petition presented on behalf of the residents in relation to footways along Cooksey Lane.that.
Amey have carried out an assessment of the footways along Cooksey Lane and approval has been received for a  footway scheme to be carried out during Milestone 8 (Dec 2013 ­– End May 2014).

Although I seldom take notice of intended completion dates I have been assured by the Cabinet member responsible Councillor Tahir Ali that the work will be carried out next year.

I see this as a real success for Cooksey Lane residents given that Cooksey Lane had been missing from the next 5 years schedule of works.

Posted by Keith Linnecor at 07:06 No comments: 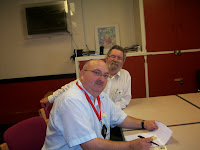 I carry out a number of walk abouts in the Oscott area and do occasional roving surgeries and meet regularly with a number of resident groups.

I also carry out home visits for those with genuine mobility problems.

You can contact me by phoning 303 2039 and leaving a message or
by Emailing Keith.Linnecor@birmingham.gov.uk.

If like most Oscott residents you have received one of my "Tell me your concern" or "sorry you were out cards" these can be returned to me with no stamp needed. (These cards are also available at the Kingstanding Library, the Perry Common Library and at the 610 Community Centre as well as at a number of other locations.

Finally you can write to me C/o

I am also on Twitter
Posted by Keith Linnecor at 06:48 No comments:

Need help and advice searching for work or training

If you live in Oscott you may wish to know the Bandywood Project Jobs club and advice sessions have helped many people back into work, training or apprentiships. The Jobclub runs every week on Thursday afternoons


Routes into Work Every Thursday 1pm to 3pm

They can help if you have been unemployed for less than 12 months. Talk to your Jobs Centre advisor about getting support from us under the Flexible Support Fund and how we can assist you. We have short courses, IAG guidance, CV writing, online job searches etc. They can help you brush up your computer skills and get additional qualifications.

Not been working for some years, but want to get back into the Jobs Market. They can help you not only with CV writing and Job searches but also with short courses to build up your skills and confidence. Come and talk to them.

Thinking of volunteering? Or are you already a volunteer? They can now help you get a qualification for volunteering. It is a modular course that keep a record of your voluntary work, helps with your understanding of how a charity works as well as giving you a CVQ qualification at level 1 or 2.


Come along any Thursday between 1pm and 3pm to find out more.

Posted by Keith Linnecor at 17:55 No comments:

As you will see from the press release from Centro there is no threat to the national pensioners bus pass from the possible proposals from Centro. What the government decides in the future however is anyone guess 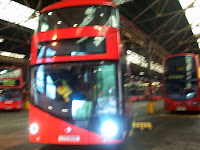 Posted by Keith Linnecor at 15:04 No comments:

THE OSCOTT RESIDENTS ASSOCIATION ARE LOOKING FOR NEW MEMBERS 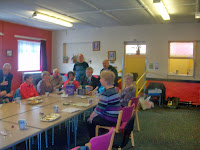 The Oscott Residents Association which cover the whole of Oscott is looking for new members.

The ORA work closely with other organisations like the Oscott Residents Disability Group and the Oscott Elderly Residents group.

They meet informally on the first and 4th Saturday of each month at 10.30am at the 610 Community Centre. Tea and light refreshments are available. Members discuss various local issues of concerns and lobby Local Councillors, their MP, the Housing department and others on behalf of the community.

Mr Nigel Quinn is the Chair of the organisation and for further information please ring 675 2349
Posted by Keith Linnecor at 14:00 No comments:

Age UK (Formally Concern) now hold Coffee and cake mornings at the Old Oscott Community Centre 277 Birdbrook Road. on THURSDAY mornings 10am.
There is a chance to go along and have a chat with others and all the refills you want for just £3.

I have now had it confirmed that Persimmon Homes are sending a senior representative to the Oscott Ward Committee which takes place at 11pm at the 610 Community Centre Kingstanding Road.

They will be giving an update on how their Booths Lane Housing development is going.

I have however been informed that sales are going well and Persimmons although there is no guarantee hope to re open their closed section of Booths Lane by the early spring next year.

To find out more come along to the meeting on Wednesday.

The meeting will be chaired by Councillor Barbara Dring and with her Councillor Tristan Chatfield and I make up the committee
Posted by Keith Linnecor at 11:17 No comments:


Perry Beeches the Academy are holding a 'Santa Dash' which will be taking place on the 25th November 2013.

180 pupils of Perry Beeches The Academy will dress in Santa suits and run from One Stop Shopping Centre to The Academy on Beeches road, in order to raise money for the school.

I  have been assured by District Transport Engineers that they and  organisers have considered all the aspects of the event taking place on the highway and that they have put into place any necessary actions to ensure that the race is run safely. West Midlands Police will be stopping traffic as and when required in the form of rolling closures, to ensure that those pupils taking part will cross roads safely.
I have asked that motorists are inconvenienced as little as possible.

The race will start at 11.00 at One Stop. I hope they have a good time and raise the money they need well done to all those taking part.

Sarah Dorsett from The Academy is promoting this event and can be contacted at  SDorsett@pb-theacademy.co.uk or on 0121 360 4242.
Posted by Keith Linnecor at 09:52 No comments: