PROGRESS AT LAST ON THE RE OPENING OF BOOTHS LANE 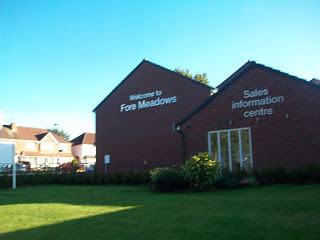 At a meeting of the Booths lane working party (made up of Taylor Wimpey representatives. Oscott Resident association member a representative from the Birmingham City Councils planning department and myself as Chair progress has been made regarding the Booth lane development road opening.


It was agreed the road should be ready to be opened and for use by residents in the New Year. ( earlier if possible?)

An independent Road safety audit will then be  carried out on the road  looking into the way the carriageway, foot paths , Drains and street lighting  had been build and other issues of concern.


These inspections are thought to take a further 12 months with some tweaks to the various works being made if needed and then by agreement of the various party’s the Birmingham City Council would be in a position to adopt the road formally.


During this time other issues may be considered as part of the audit such as the need for any road safety measure.


The Cycle track will be reinstated by the end of the year joining up the 2 ends of Booths Lane.( Possibly earlier?)


The new road is wide enough for a bus route to be considered in the future, but this would be up to the local bus companies to consider.


The small play area near the old golf course boundary should have work started on it soon which should also be finished in the new year. (possibly earlier)
Taylor Wimpey have agreed to look again at some street lighting issues and will fund some form of Neighbourhood Watch area signs for the Fore Meadows estate. They will also be circulating a letter asking residents to park responsibly.


In the mean time the Police should continue to be made aware of any anti-social behaviour or crime concerns on the estate.


Taylor Wimpey have also agreed Speed Watch volunteers may operate on the road and pass on any evidence of any  speeding they find.


There will be an effort to liaise with the Oscott Problem parking, Road safety  and Air Quality, working party ( This includes the Police) regarding parking issues.

There are about 10 houses to complete

Sadly the Local Police Team were unable to attend this meeting however I have informed the meeting of a number of Police related issues and will ensure the Police are kept informed.

Both Councillor Barbara Dring and I will continue to try to ensure these time scales are kept to.


Thank you to Bob Wild Chair of the ORA for helping to organise the meeting.