VIOLENT CRIME MUST BE STOPPED


The growing national trend for violent crime including knife crime has sadly surfaced in and near the Oscott area.
Violent crime while not at epidemic proportions by any means in Oscott is simply not acceptable.

A year or so ago I suggested a knife amnesty for the area with a place ( Kingstanding Police Station) where weapons could be handed in. Sadly this was not taken up but with recent events in mind I have called for this again.

I understand the limitations on Police number due to Government cuts in their funding but I have appealed for more activity from them in places like ASDA and the Kingstanding Circle. 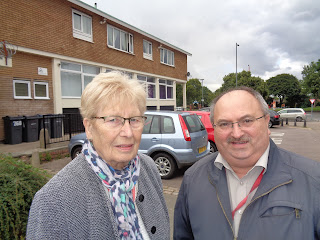 Both Councillor Barbara Dring and I are concerned about any rise in violent crime in the area and will do what we can to urge action be taken to prevent it.
Posted by Keith Linnecor at 16:16