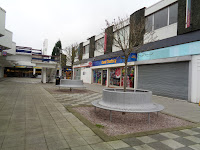 This is the current update

Dear  Cllrs,  further to our correspondence with the council in July 2016 regarding our search for a retail partner to take on the operation of Kingstanding Post Office.  This morning we briefed colleagues at Kingstanding Post Office that we are proposing to move the branch from its current location to the vacant retail premises, which was previously HSBC, at 7 Kettlehouse Road, Birmingham, B44 9JJ, where it would be run by our new retail partner.  Through this partnership we will maintain and modernise Post Office services in a location which is approximately 180 metres from the current Post Office branch.


Our new retail partner, who already operates a Post Office branch elsewhere in the West Midlands, regards the Post Office network as a vital part of community services and has satisfied us that they would be able to deliver excellent standards of customer service in a modern environment, over extended opening hours and successfully operate Kingstanding Branch.  The new branch will be a bright, modern open-plan layout which will include a complete internal refurbishment and incorporate a retail offering of greeting cards, gifts and confectionery.


We will be inviting customers and interested parties to give their comments on the proposed move in a public consultation, starting tomorrow, Wednesday 15 November 2017, closing on Monday 08 January 2018.  In this instance we have extended public consultation by 10 calendar days to allow for the Christmas and New Year period.
I hope residents will have their say if they are concerned if you would like me to know of any concerns please leave me a message on 303 2039.
There are naturally concerns about the effect of this move on the prescient but the service will take place just across the Road?