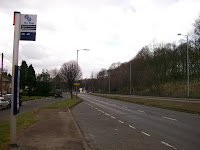 Hands up those who have been consulted about the latest master piece from Centro, i.e. the Transforming Bus Travel in the West Midlands consultation paper?
Not many I am sure!
Don’t get me wrong the document is not all bad but there are number of issues which should concern bus users in this document.
For example Net work coverage. There is a proposal to modernise the bus coverage/ network in the West Midlands and this could result in a dramatic reduction in the current bus network. This is called “Modernising” by the way. What it means in reality, can be seen by the users of the 376 and 655 for example. Longer walks to bus stops for the Elderly and School Children for a start. Buses not going where people need them to go and so on.
The main considerations will be the main bus corridors and what the powers deem to be where bus users will use buses instead of their cars. There is no concern shown in my view for those with no alternative forms of transport and car users in many cases will park on the side roads next to the main bus corridors. There is also no strategy for using Estate interconnecting buses either.
There is a lot of talk about affordability! In the document, well in that case why the huge hype in bus fares late last year?
There is also talk about consultation, yet the intention is to end the consultation period in early April before most residents have even seen the document and there are no proposals to attend Ward Committees for example. As you would expect I have asked that this be urgently reconsidered and that real consultation takes place with residents across the West Midlands before the Tory controlled WMPTA use their rubber stamp.
Posted by Keith Linnecor at 20:58