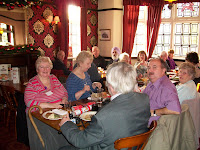 Many people get mixed up when it comes to dealing with Councils and their time scales. They work in financual year time frames. April to April.

With This in mind Councillor Barbara Dring as Chair of the Oscott Ward Committee has asked me to let you know, it is not to early to start preparing a bid for the next round of Oscotts Community Chest funding. (unless the Council gets rid of it)

Application forms should be sent out from April in onwards and notices will go up in Libraries, in time for the summer dead line.
However now is the time whether you are a local organisation or an individual to consider how to put your bid together. The actual process of decision making can take some time so the sooner the bid goes in the better.

Bids are assessed by a Oscott Ward Support officer for suitability and then put to the Oscott Ward Advisory Board (which is made up from Community Group leaders, councillors, the Police and other organisations). who then, scrutinise the bids before prioritising them and recommending them to the Councillors on the Ward Committee. Sadly because of limited funding some bids have to be rejected although those making the bid make be advised to look at more suitable funding from other quarters.
Finally the Ward Councillors make a decision regarding the recommendations' in public at a Ward Committee meeting.

If you want to know more about how to make a bid and what can be funed please contact the Oscott Ward support Officer on 303 5502.
Posted by Keith Linnecor at 18:18