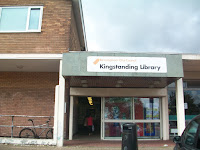 I Kingstanding Library are set  for the launch of their newly refurbished children’s library on Friday 19th August at 2pm.


Five Birmingham City Council children’s libraries have been updated with new equipment and furniture, after receiving grant funding of £250,000 to make improvements at the five sites.


The funding boost – which enabled libraries in Balsall Heath, Druids Heath, Kings Norton, Small Heath and Kingstanding are to help make improvements and finance educational projects – and has been  awarded by the Wolfson Foundation, an independent charity that supports and promotes excellence in a wide range of fields, including education and the arts.


Now that the most of the refurbishment work at Kingstanding Library is complete, they have organised a launch day for the library on Friday 19th August. There will be a craft activity and face painting from 10.30am- 12.30pm. Zoolabs will be visiting with some little critters at 2pm and there is a Wii fun session at 3.45pm.


Khalid Mahmood M.P. has kindly agreed to attend  and hopes to be there between 2pm-3pm. 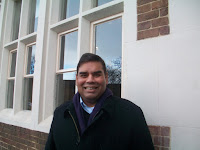 The opening hours for library are, 9am-1pm and 2pm-5pm on Fridays.
Posted by Keith Linnecor at 12:08