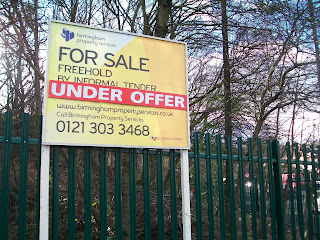 The neighbour notification letters to residents were sent out on 5th December. The letter asks that residents try and give us their views by 5th January (a week longer than the 21 day period they would normally give due to the festive season ) there will be an opportunity for anyone wishing to give their views on the subject after that and I have been assured those views will be taken into account.
I had already asked that this application be brought before the Planning Committee and this was agreed. The meeting will not take place until at least February. This means residents and community Groups have until then to comment.
I would however still suggest you try and get your comments to the Planning department by 5th January.
I would also like to confirm the land in question is NOT part of the Queslett Nature Reserve.