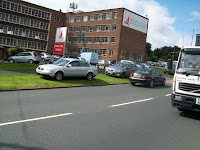 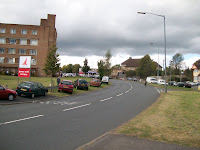 This is intended to be another update on the parking problems in the area caused by the James Watt College.
At my request Mr Hill a spokes person from the James Watt College attended last nights Oscott Ward Advisory Board meeting, where he informed, Community representatives and your 3 local Councillors about the latest proposals from the college.
In summary these are.
To create an extra 150 car spaces on the college site by next March. This will be done by demolishing the old caretaker’s house. Using the old brick layer yard in the college grounds and by using an area of grass land near the college.
It is also the college’s intention to open up a new access point for vehicle using the site.
With regards to the longer term future of the site. The College still intends to move to the Old Dairy site on the Aldridge Road. The proposed move is on hold for 3 years and has not been cancelled.

Planning permission is still to be finalised, but the college are confident they will be successful given the reaction they have received from the Planning department. There are still issues to be finalised such as the access to the college and new landscaping requirements.

There will be an opportunity to have an early look at a plan indicating the proposals, at the Oscott Ward Committee, which will be chaired by Councillor Barbara Dring. This meeting will take place on Wednesday 2nd December at the 610 Community Centre Kingstanding Road. The time of the meeting will be 7pm.

If you would like any further information please give me a ring on 360 6486
Posted by Keith Linnecor at 06:53